Dr. Jim Flynn, superintendent of the Simpson County Schools, will officially begin his duties as the new executive director of KASS on July 1, 2019. The Executive Committee will negotiate a contract between KASS and Dr. Flynn for ratification at our December business meeting. 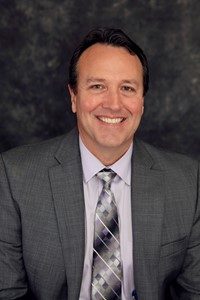 The board members who participated in the Interview Committee were:

A veteran educator and leader, Dr. Jim Flynn is in his 16th year as superintendent of Simpson County Schools where he has instilled a common vision for empowering all students to graduate life ready – prepared both socially and academically for college and/or careers.

Dr. Flynn’s national leadership includes AASA, NSBA, the National Superintendents Leadership Institute and the BellSouth Superintendents Leadership Network to name a few. Additionally, he has presented to international audiences in Finland and China where he shared Kentucky’s educational achievements and benchmarked best practices.
Superintendent Flynn is also active in his local community serving on both the Franklin-Simpson Chamber of Commerce and the Franklin-Simpson Industrial Authority Board of Directors. Additionally, he is an active board member with the Green River Regional Educational Cooperative. At Western Kentucky University, Dr. Flynn serves in the Department of Educational Administration, Leadership & Research in the College of Education and Behavioral Sciences and the Center for Leadership Excellence in the Gordon Ford College of Business.

The KASS Board looks forward to working closely with Dr. Flynn on behalf of the children of Kentucky.